The Case of The Sleeping Beauty by Richard Walmsley

The Case of the Sleeping Beauty 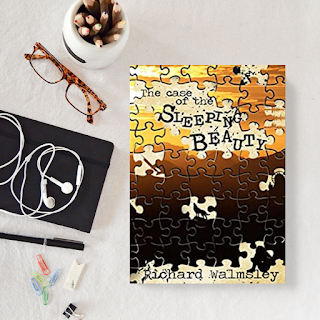 Inspector Beppe Stancato, driven from his native Calabria by threats from his local mafia, finds himself appointed commissario in the town of Pescara, in Abruzzo, just prior to the earthquake which struck the mountain capital city of L'Aquila in 2009.The  unexpected discovery of a twenty-two year old girl, lying drugged and unconscious, sparks off a complex investigation involving a seismologist accused of manslaughter and a fugitive mafia boss suspected of involvement in illegal building contracts. The girl is soon nicknamed "The Sleeping Beauty" by the investigating team - reflecting the locals' name for the Gran Sasso mountain range, uncannily reminiscent of the prone figure of a sleeping woman. Beppe is faced with the task of saving the girl whilst outwitting the crooked seismologist and the wily Mafioso. His own personal life is anything but straightforward. Will he be able to live up to the expectations of his new team of police officers whilst dealing with the shadows of his own past life? The intriguing plot has many twists and turns, leading to a tense climax.

I really enjoyed this book and found it hard to put down. The backdrop is the L’Aquila earthquake of 2009 and the reality that six scientists were convicted of manslaughter for the advice they gave ahead of the deadly disaster. Although the central subject matter of this novel is emotive and weighty, there is a lightness to this book created by the author’s characters. After Mafia threats in his native Calabria, Giuseppe (Beppe) Stancato, sets off in his boat on a voyage. He sails into Pescara to take up his new position as acting Commissario. His new team nickname him ‘Columbo’ but it’s unclear whether this is a reference to Columbus the voyager or the unshaven American TV detective.

The plot is, in a sense, formulaic on several levels. There is a body (although ‘the sleeping beauty’ is not dead) and we have a crack team of detectives lead by the perceptive Commissario Beppe whose mission is to expose the villains and bring them to justice. Beppe’s methods are slightly random and unorthodox but his quiet integrity, determination and unrelenting pursuit to find the truth commands great respect from his team and all who work with him. The author successfully manages to evoke the juxtaposition of good and evil, the good guys versus the bad guys but also a sense of the lightness and darkness which is the paradox of Italy. Mafia groups are involved in corruption, extortion and kidnapping. It’s a fact of life and the author does not take any pains to apologise for this.

“You can’t argue with an organisation that represents 3.5% of Italy’s GNP,” states the Chief of Police, referring to the violent and ruthless Calabrian mafia.

I love the humour in the book. Not only does it give a light relief to the solemnity of the plot but reveals much about the author’s understanding of the infrastructure and idiosyncratic characteristics of Italian life. One of the young officers, Remo had been a waiter before he was accepted into the police force. The author comments, “he looked as if he would be happier with a corkscrew in his hand, rather than a pistol! In the form of stereotypical banter, the author describes the frequent and inconvenient calls from Signora Stancato, Bepe’s mother to her son. He invents bizarre reasons why he has been too busy to call, which she appears to believe.

“What case is so important that you can’t talk to your mother on the phone?”

“It’s complicated, Mamma. It’s all to do with a concert pianist who lost his finger in the hotel bedroom. We need to find it before he plays in the concert, this evening. Yes, Mamma. Of course, I’m eating regular meals!”

WHY I RECOMMEND THIS BOOK

This story has suspense, intrigue, romance (Even a Commissario has time for passion!) and very credible characters. I hesitate to make comparisons, but if you like the emotion, comedy and Sicilian sun of the Inspector Montalbano crime series by Andrea Camilleri, then you will also love this series about the enigmatic Commissario Beppe Stancato and his team. Reading about Abruzzo, its towns, villages and traditions makes people dream. For those who might not understand some of the Italian terms or references, the author includes a glossary and cultural notes at the end of the book.
For those, like me who know the region very well, then the book offers an added bonus, a reassuring and comforting familiarity. You have probably walked past Beppe’s police headquarters in Via Pesaro, Pescara, eaten pasta in Agriturismo Il Portico (Sulmona) mentioned in the book or watched the twinkling stars create a soft glow to illuminate the dark outline of the ‘La Bella Addormentata’ on the Gran Sasso mountains.

Although now retired, Richard lived and worked in Puglia for many years.  He taught English at the University of Salento, Lecce. His novels and short stories are born from his vivid experiences of living in Italy.

OTHER BOOKS BY THIS AUTHOR:

A Close Encounter with Mushrooms

Dancing to the Pizzica

The Demise of Judge Grassi

Popular posts from this blog

The Peasants of Abruzzo ( I Contadini d'Abruzzo) by Roberta Scipioni Ball 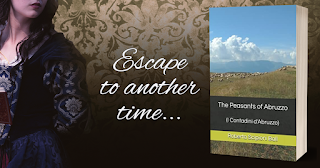 The Peasants of Abruzzo (I Contadini d’Abruzzo) By Roberta Scipioni Ball SUMMARY: The year is 1910. Fifty years after Italy’s unification. The southern regions remain destitute, the peasants left with nothing. Living in the remote mountains of Abruzzo, Anselmo Scipioni knows he can either risk starvation or emigrate like millions of others. Angela Tortora is a dutiful girl from a nearby village, cursed with a crooked spine and a domineering mother. Anselmo’s brother, Vittorio is an artless shepherd who admires Angela at her labours, unknowingly causing her to fall in love with him. Keenly aware that Angela’s prospects for marriage are poor, her mother seeks the counsel of the village sorceress (strega).Together, they hatch a plan to trap the hapless Vittorio but the plan fails, Vittorio flees and the heartbroken Angela is forced to marry Anselmo, a man whom she does not love. Together, they immigrate to America and settle in a small canal town in western New York. When
Read more